Square notes from my diary, made up of lines and colors:

People I meet, who impress me, surprise me or make me laugh.
Encounters which go beyond the moment. Glimpses, which accompany me throughout the day. Bodies, whom I follow,
across streets and round corners, until I’m satisfied I’ve seen enough.
Newspaper images on tables, photos in boxes, leaves and feathers on footpaths. Thoughts, dreams, longings.
Things recovered, things read, work space in my studio. I insert them into the picture: a fragment of life as it is lived. They interlink.
The stories they tell develop in the minds of those who observe them. Forever new.

A year has 15 months….
When the idea was born, there was no stopping the commencement of work. Therefore, the first “Month picture 2011”
came into being already in December of the old year. By January 2012 the artist had already begun tracing the independent existence of visual impressions and findings
in her Month pictures, “day by day, stroke by stroke”. Thus she recorded scenes and experiences from everyday life, snapshot views or emerging memories,
people or looks which she came accross. The resulting pictures can be “read” both as observation reports as well as wanderings of fantasy.
Incorporated into a standardized basic format, the large-scale watercolours are composed of many single images.
Basic colour chords overlay some components or sometimes the whole ensemble, giving atmosphere to the composition.
At times graphical and objective, at other times artistically free,
changing between caricature-like and individually precise images, one continually discovers new details.
Incorporating a lot of humour, love of life and joy in detail, Schmimo leafs through the world of images in front of us,
in just the same way as these images govern our own individual lives. 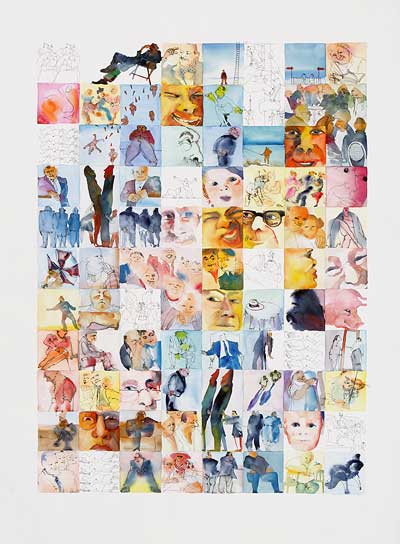 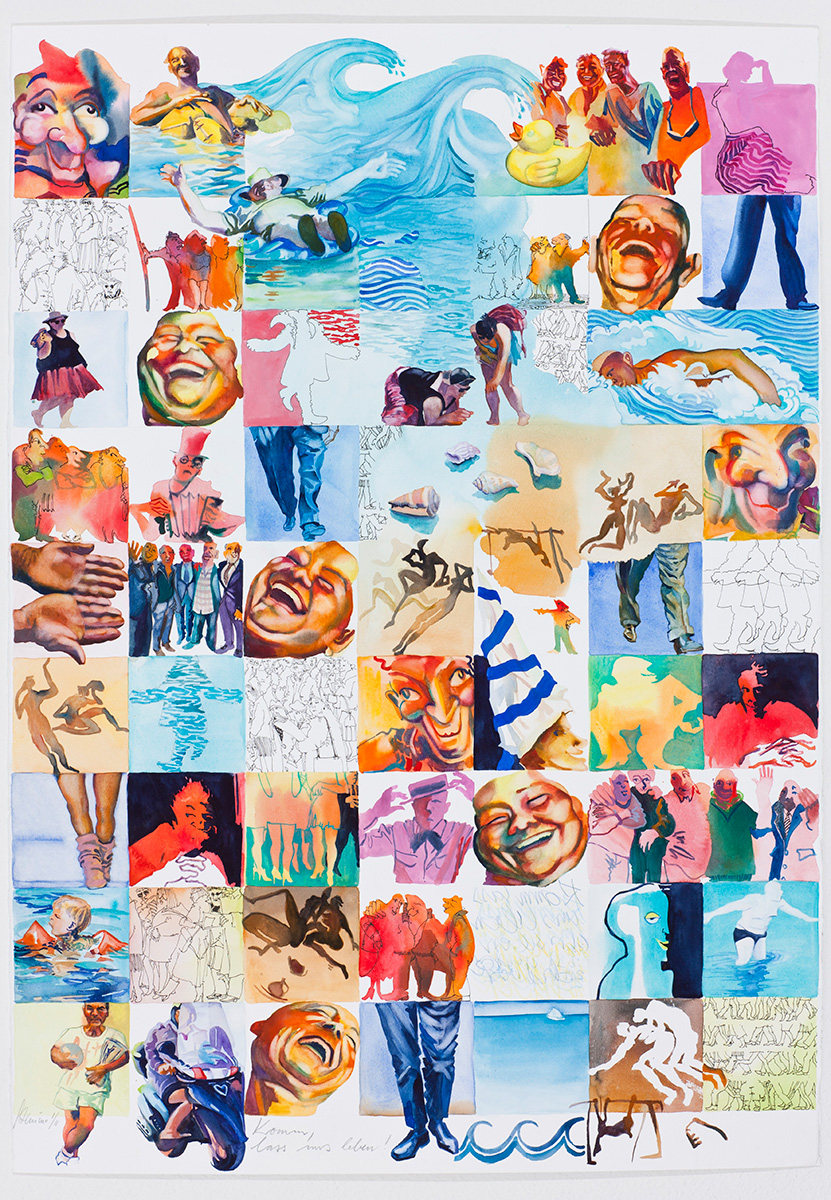 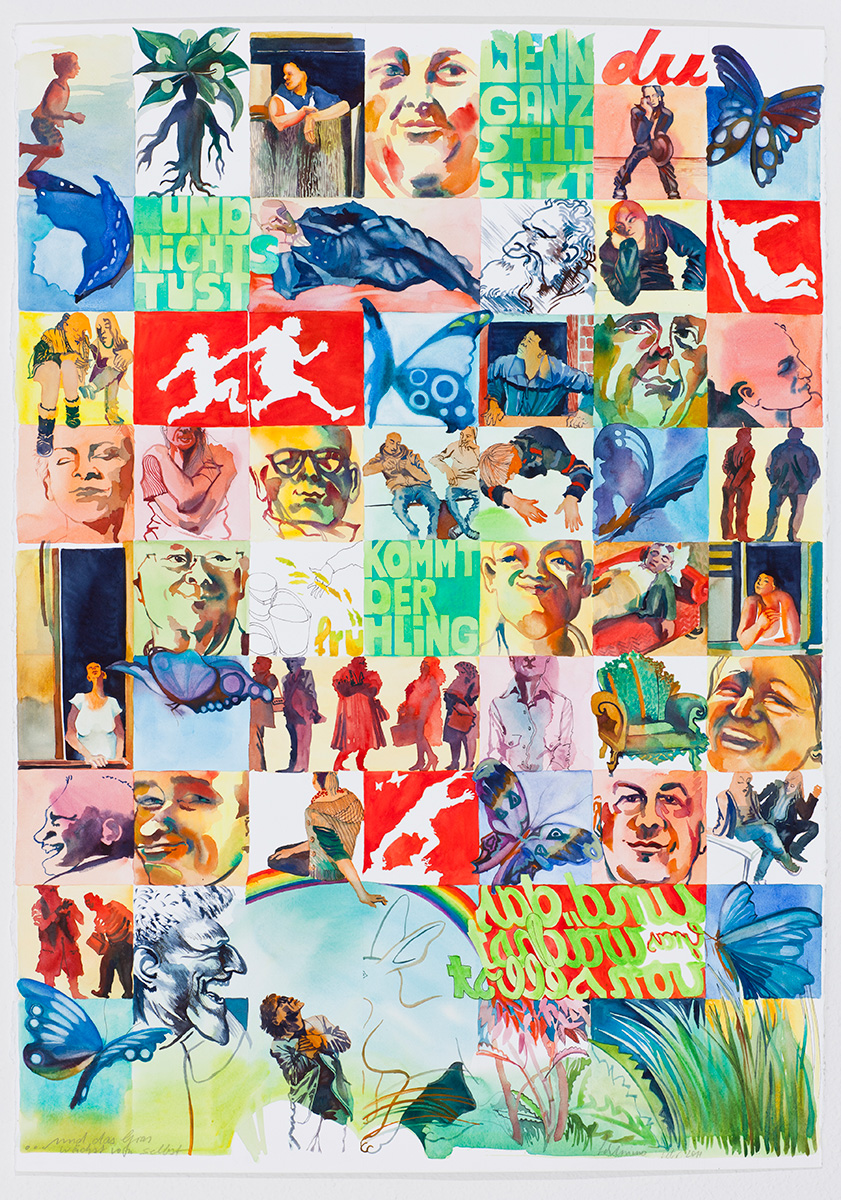 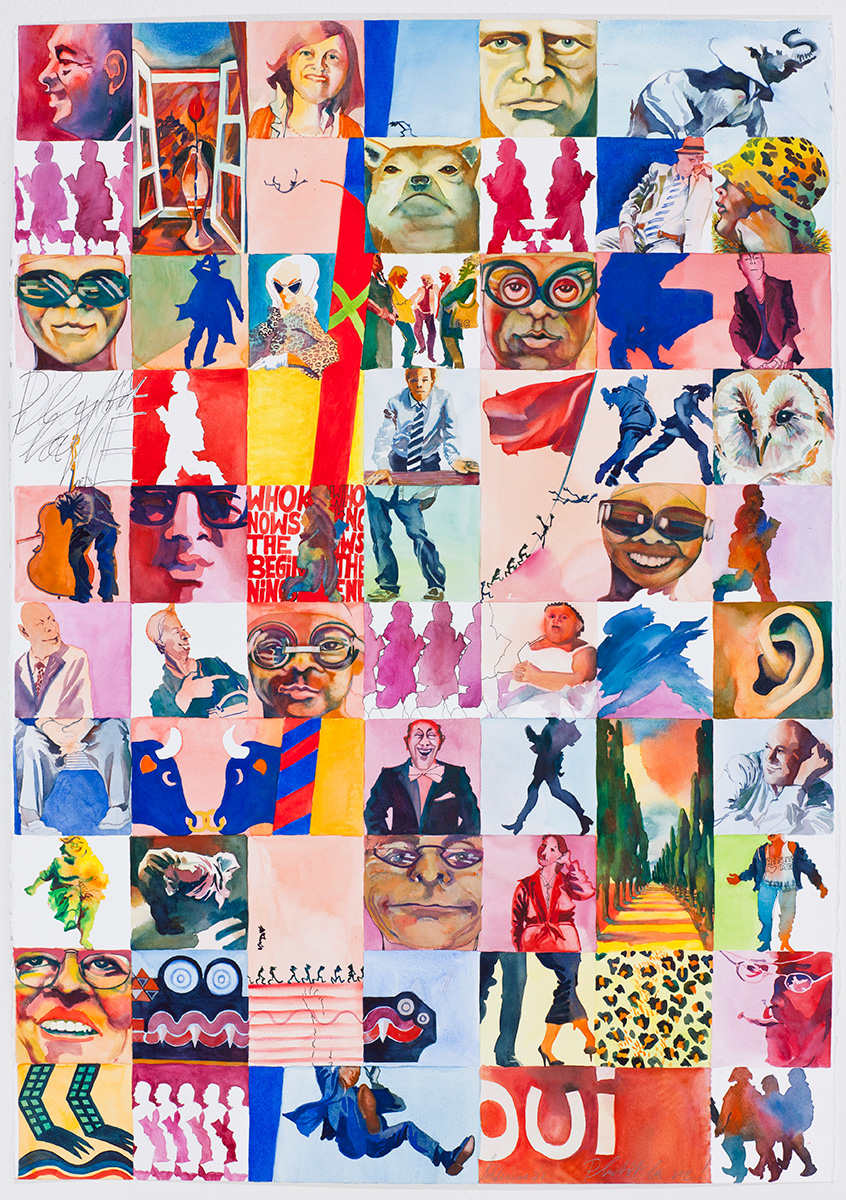 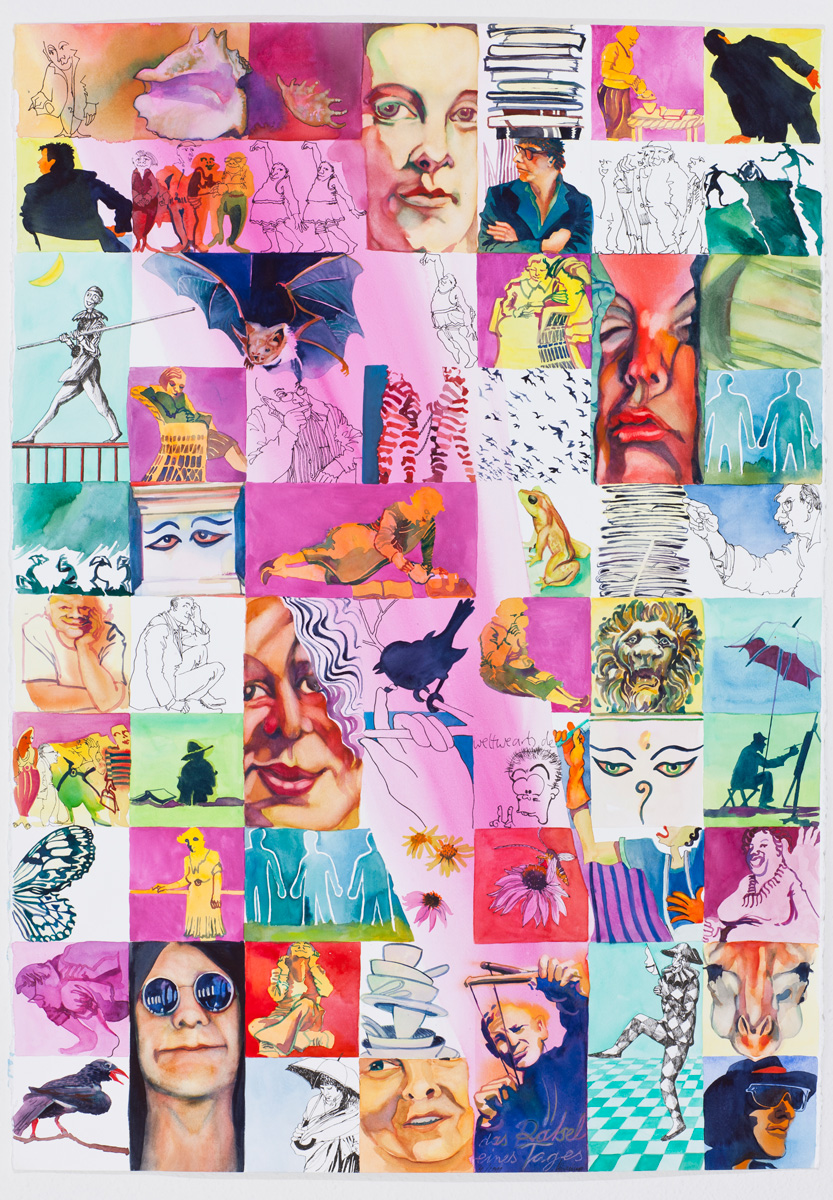 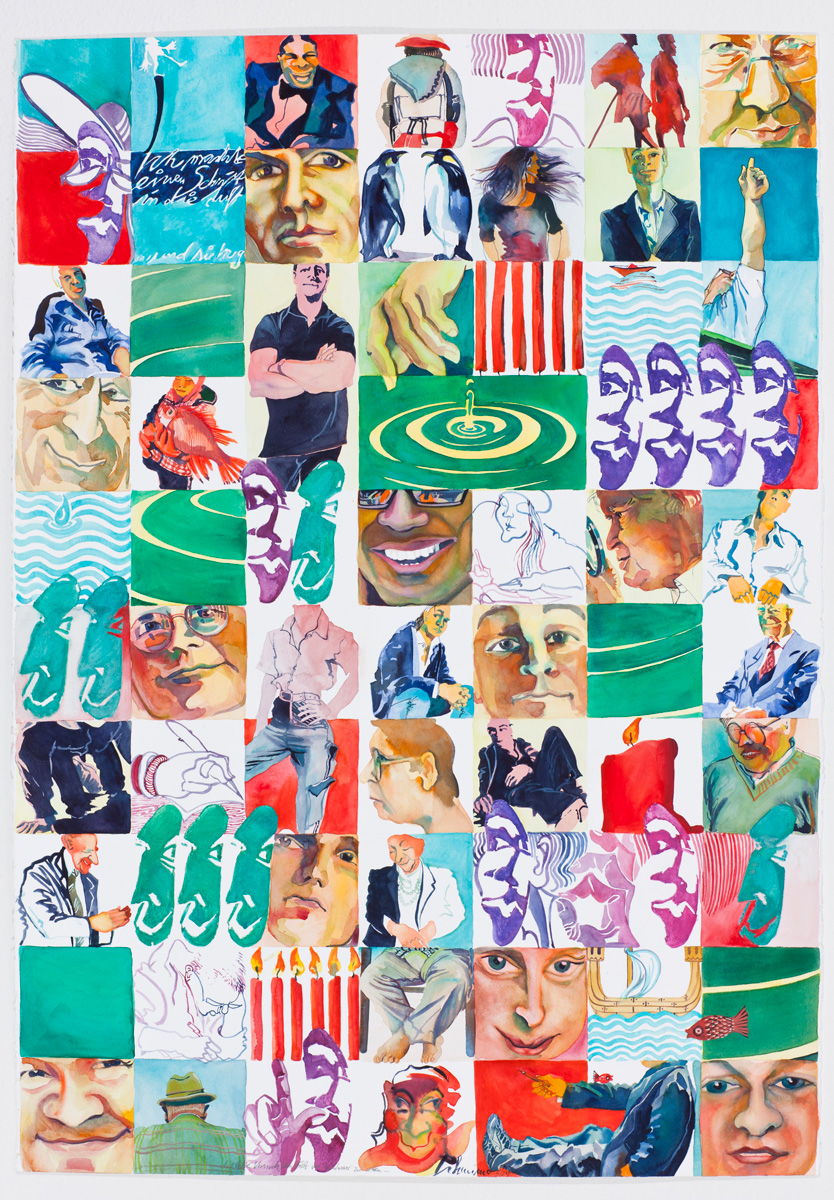 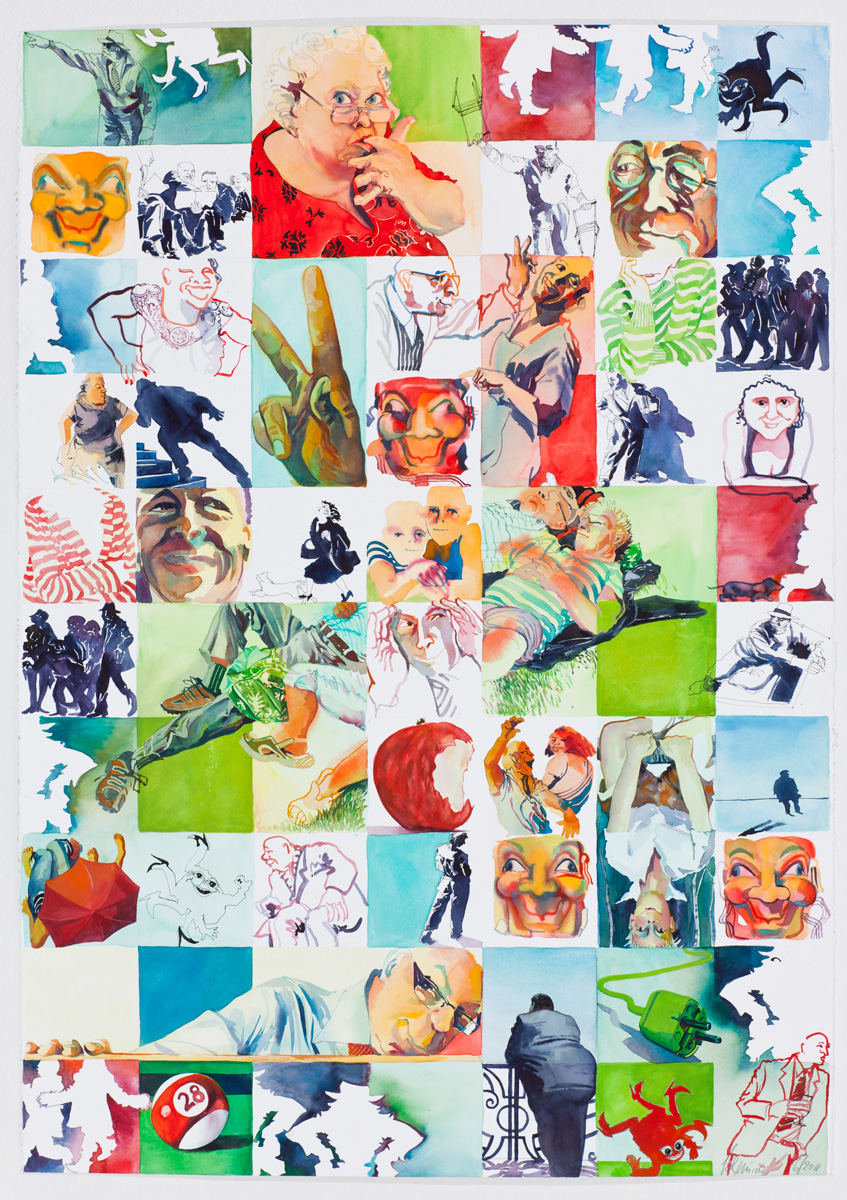 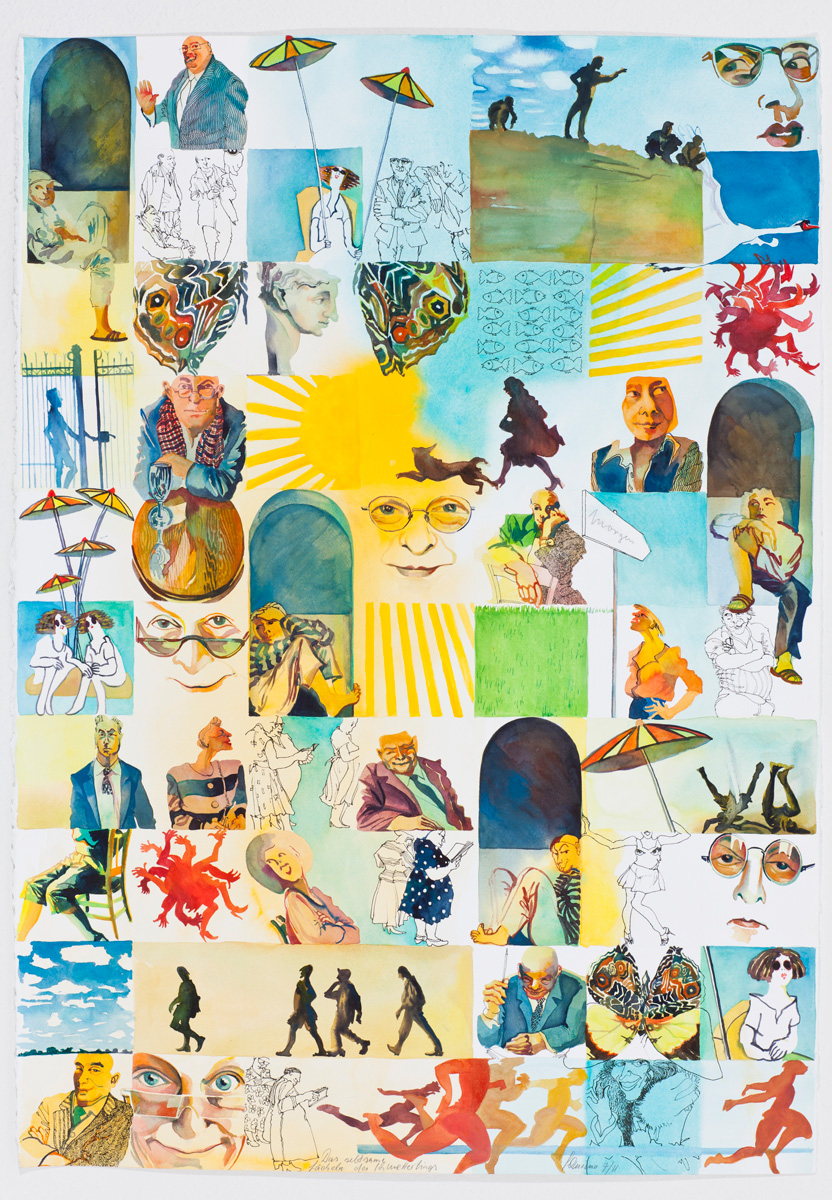 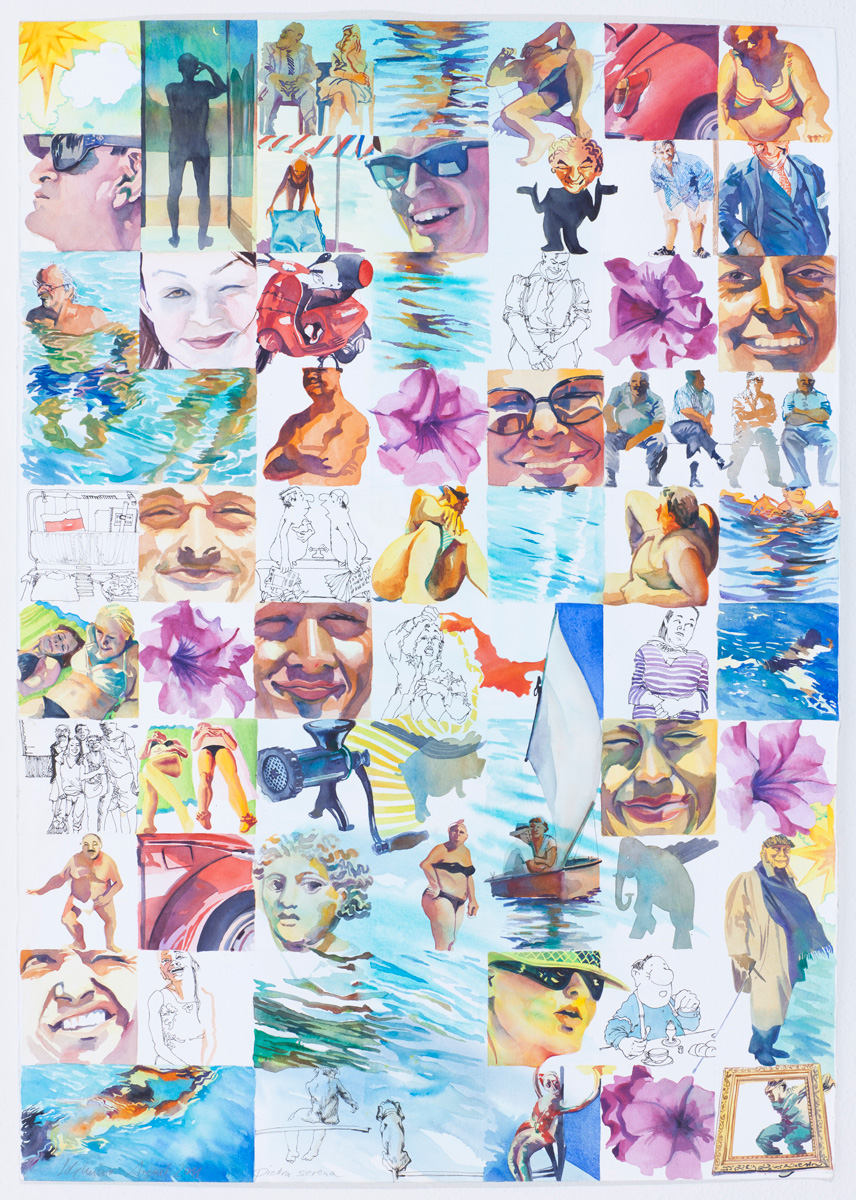 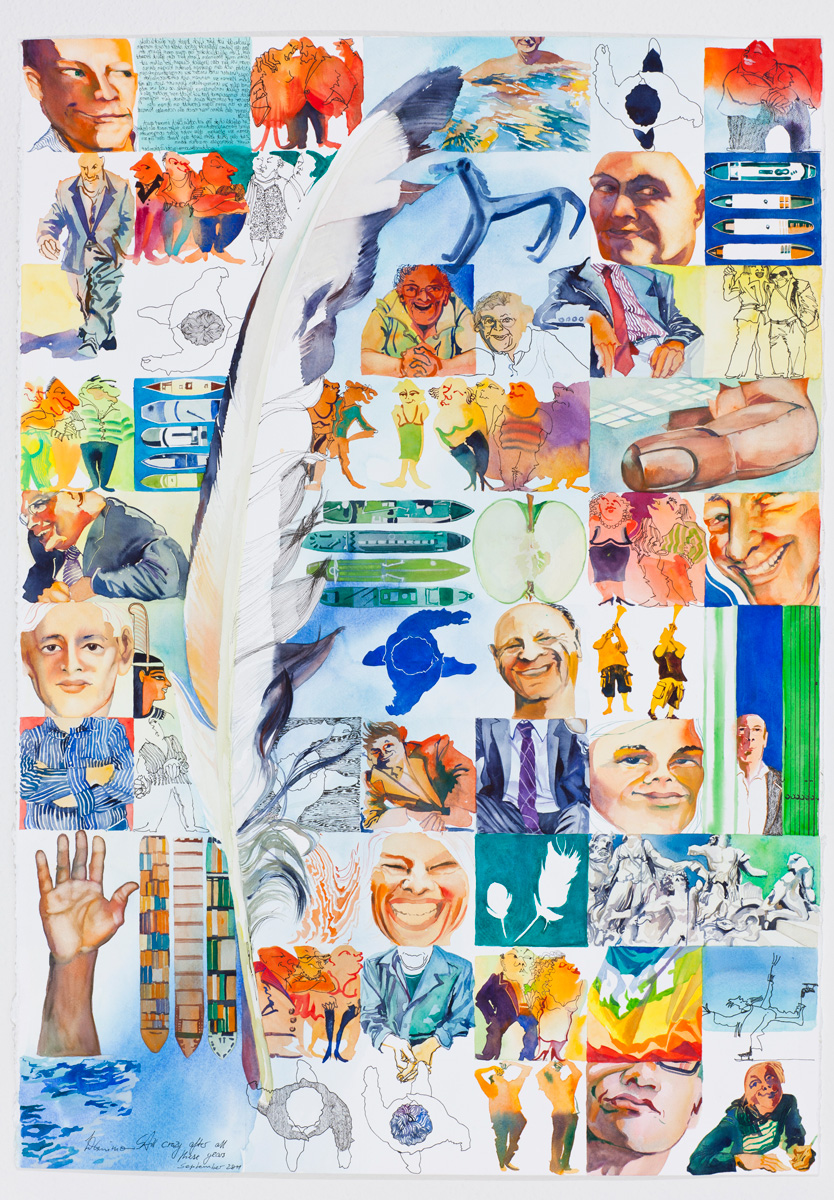 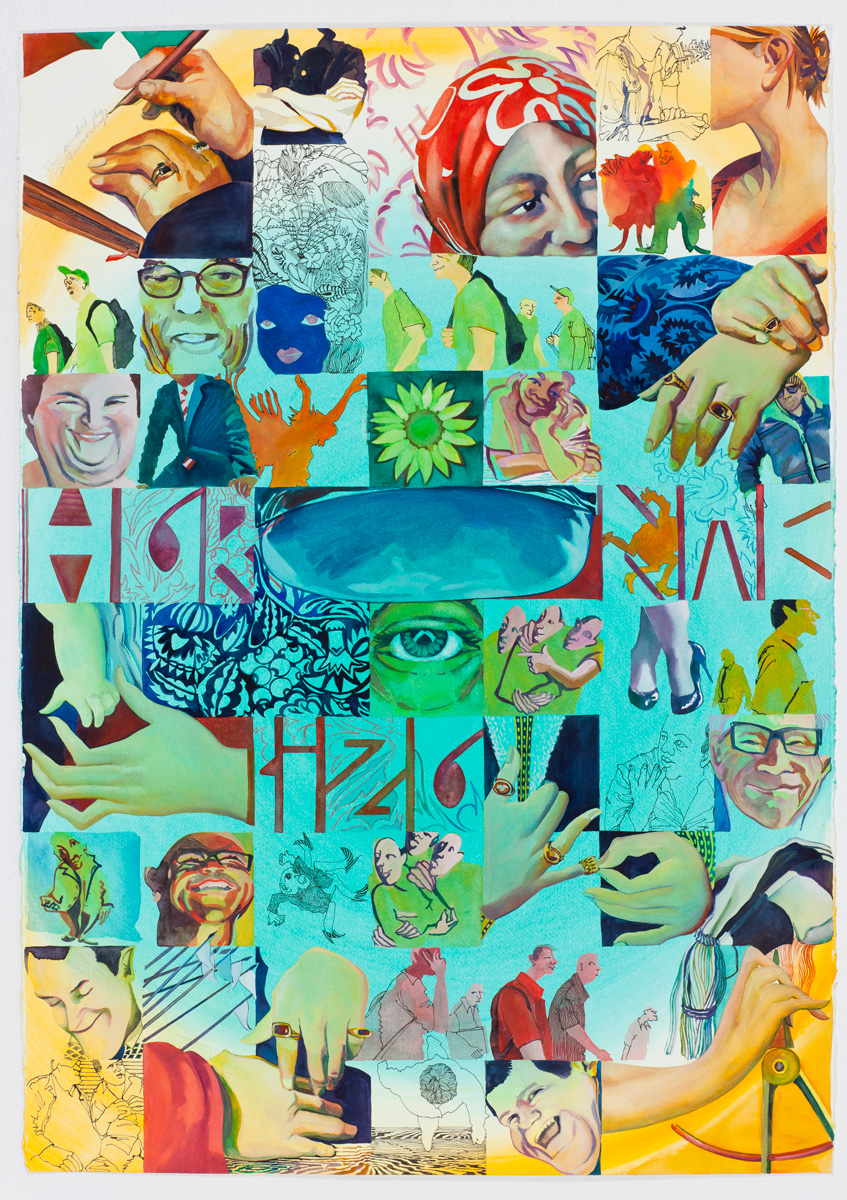 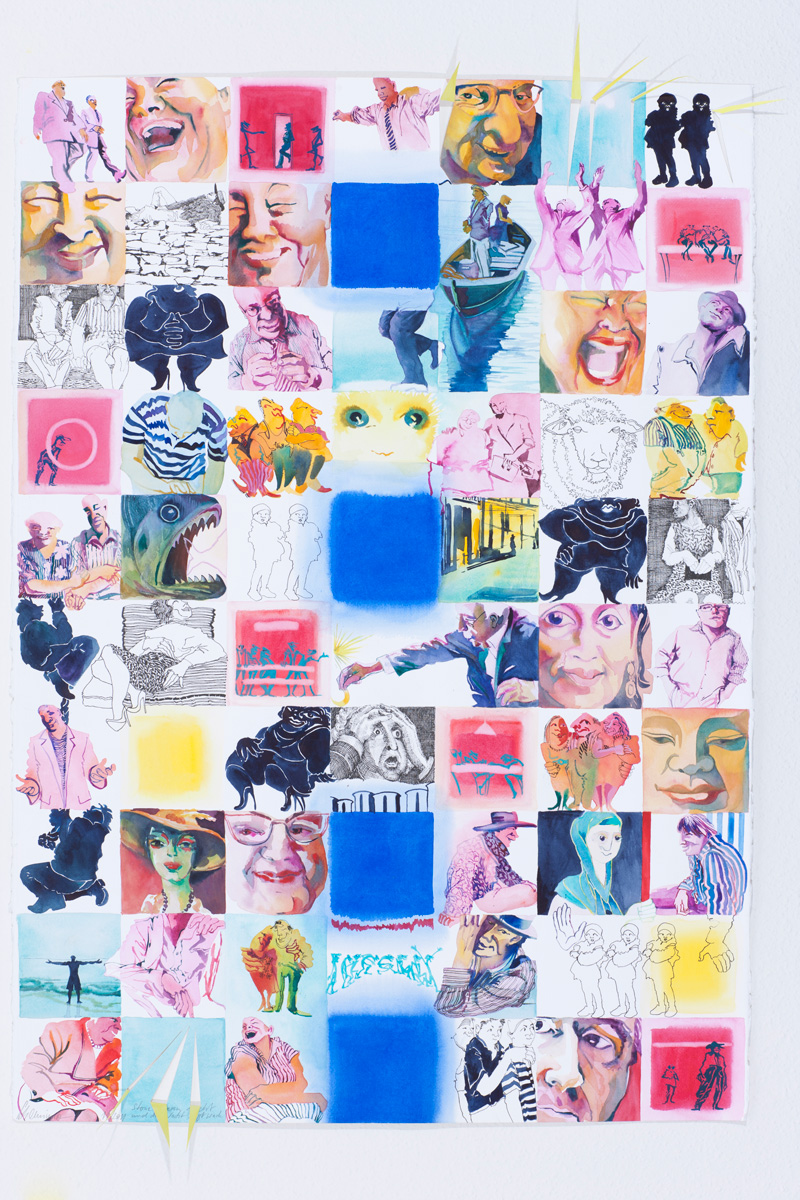 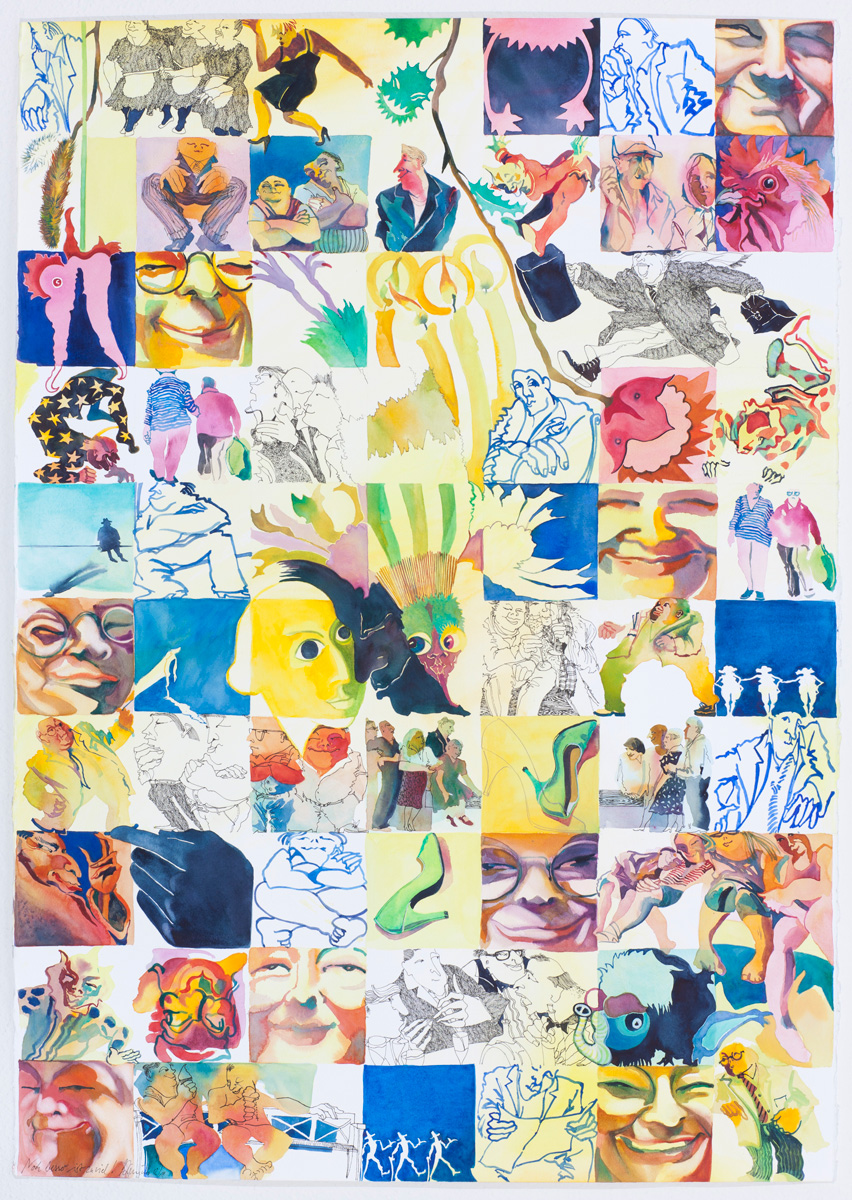 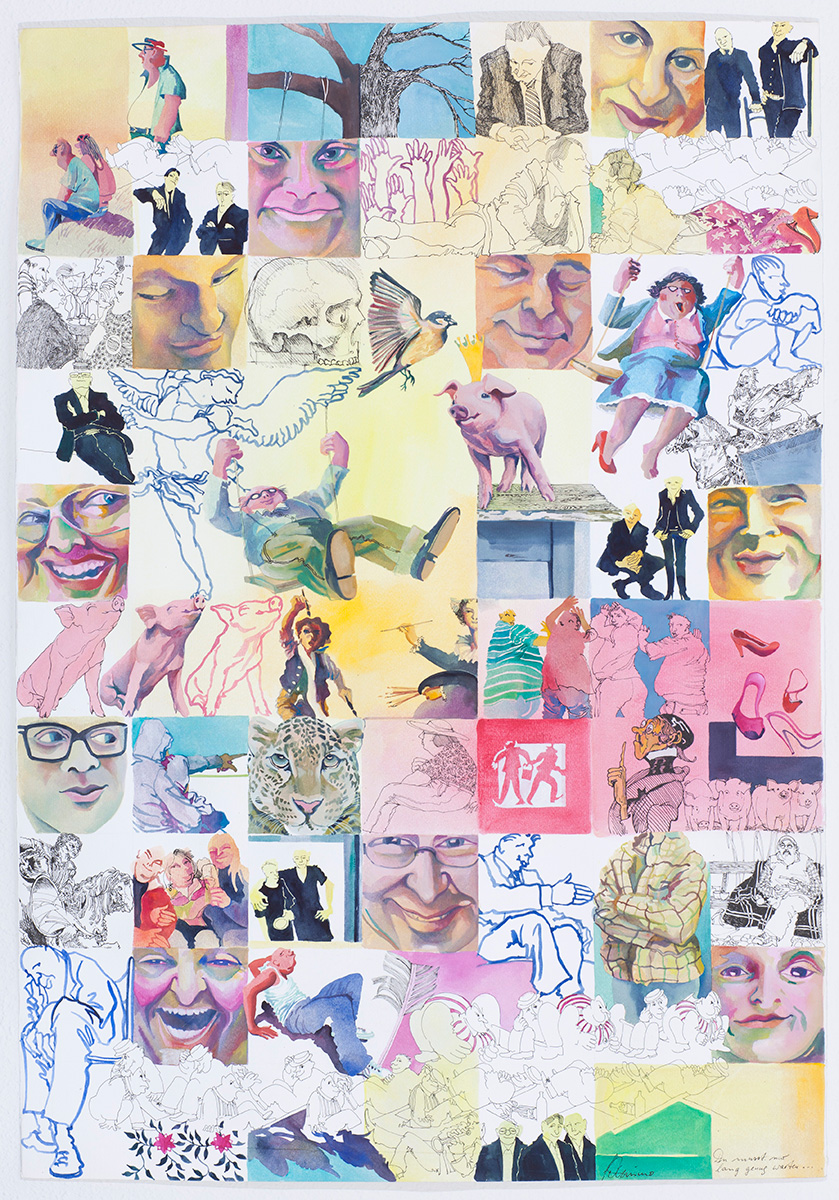 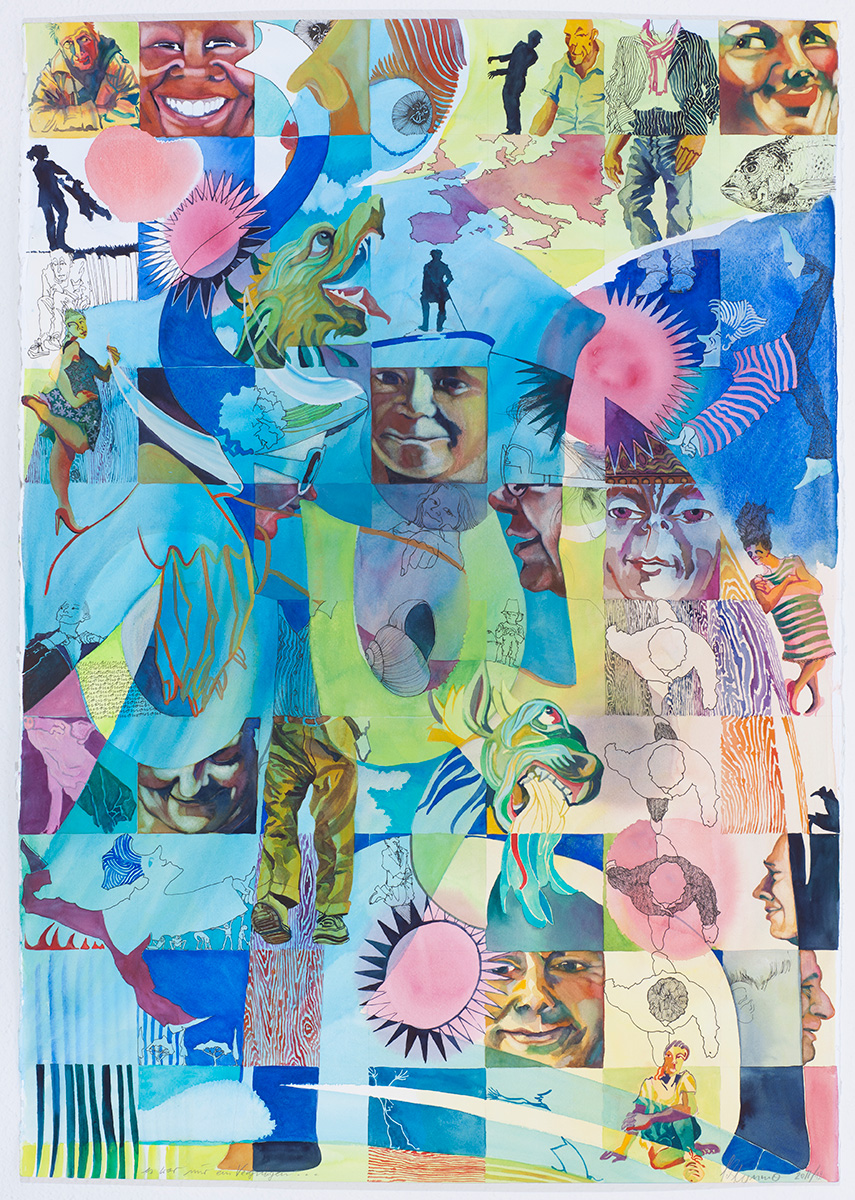 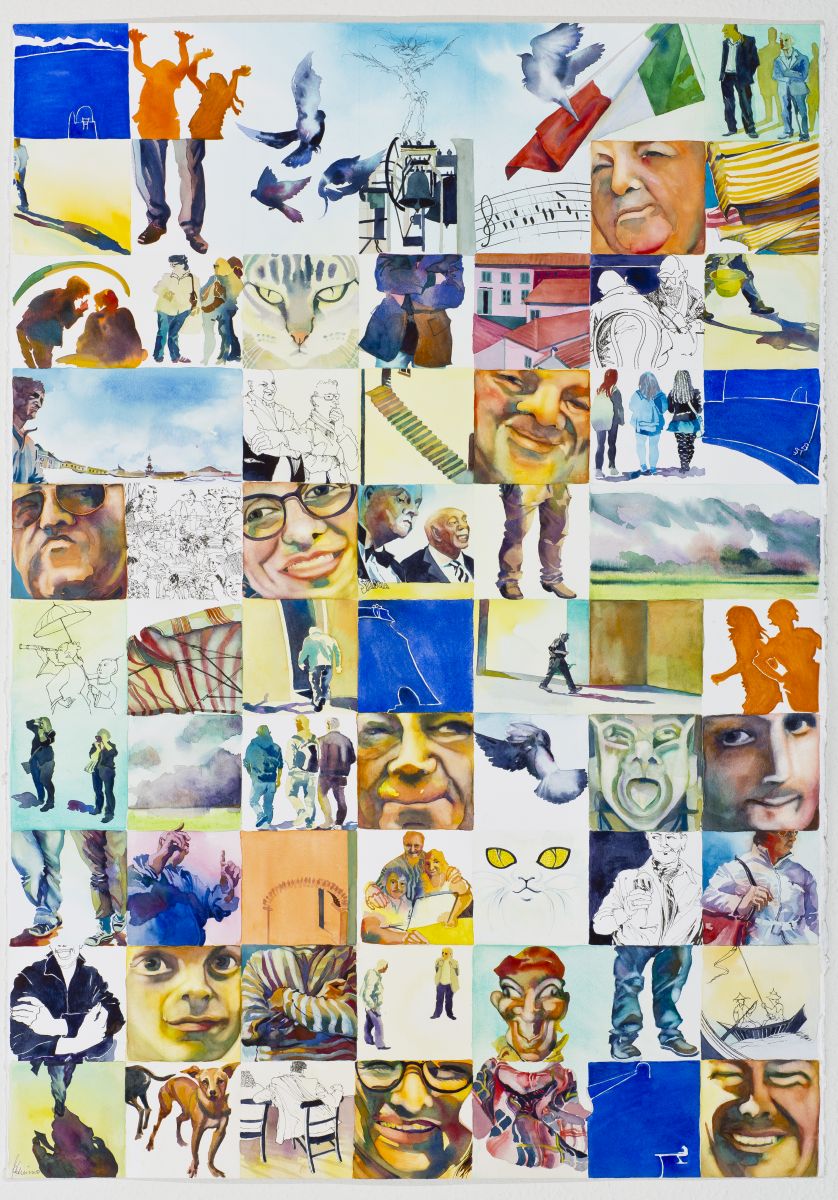 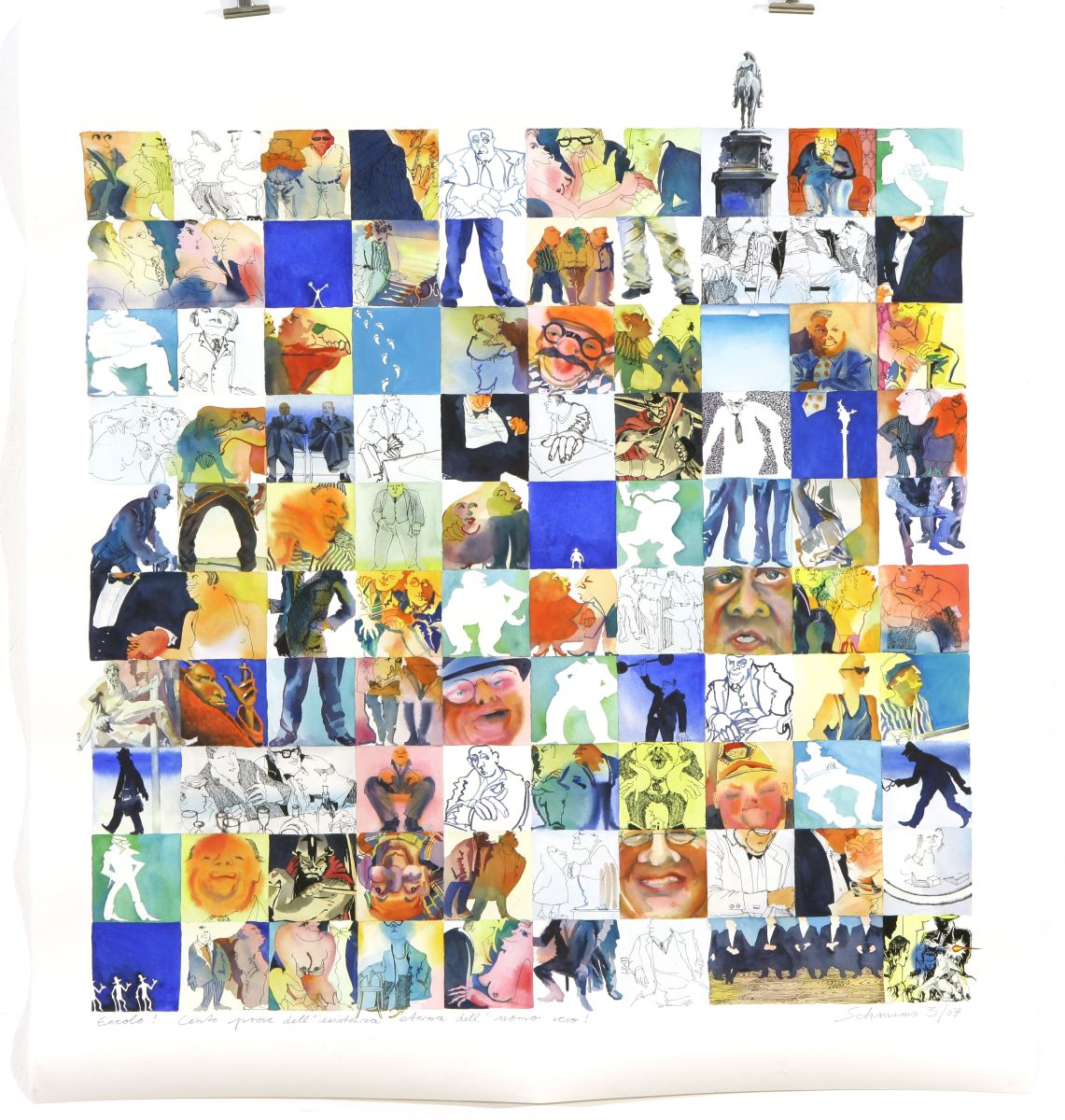